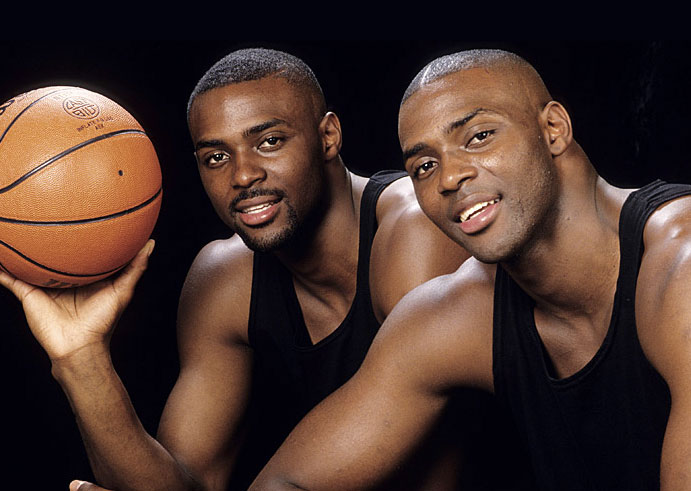 Professional sports often become a family affair, where siblings who played together throughout their childhood become rivals on a national stage. Whether it is nature or nurture that has allowed more than one brother or sister to rise to fame, fans go crazy for a good sibling rivalry. Some of the most notable of these rivalries include Venus and Serena Williams, coaches John and Jim Harbaugh, Peyton and Eli Manning, and Pau and Marc Gasol.

Venus and Serena Williams both have incredibly successful tennis careers in their own right, with the slightly younger Serena holding 35 Grand Slams over Venus’s 22 titles. The sisters have met on the court dozens of times since joining professional tennis, often trading championships back and forth. While they are certainly each other’s direct competition, each is endlessly supportive of the other. After winning a match against her sister, Serena claims the two can “build a rivalry and we’ll be able to do this a lot. Make a legacy, then retire champions.”

Two of the most famous sibling success stories come from the NFL, where players Eli and Peyton Manning and coaches John and Jim Harbaugh have garnered endless media attention for their success as brothers in football. Eli and Peyton, separated by a five years, have faced each other in the NFL three times- each of which has been won by the team Peyton played for during that season. While the eldest brother may have a leg up in playing record, younger brother Eli has won the SuperBowl twice as MVP while Peyton has only done so once. Both were the first overall draft picks in their respective years, and despite being highly competitive athletes, each maintain they are the other’s greatest support system. Eli claims “from a football standpoint, we always try to support each other, help each other, work out in the offseason… try to help each other out if were playing similar teams. So it’s really more of a support deal than it’s been competitive over the years.” Peyton focuses on the rarity of their situation by confirming “I just take a moment and realize that it’s pretty unique and that is my brother over there.”

Another legendary football rivalry is between brothers Jim and John Harbaugh, who both led successful playing and coaching careers before the culmination of their rivalries in 2013 during Super Bowl XLVII, or the “Harbowl”. The Harbaughs were the first brothers to ever serve as NFL coaches, and John acknowledged their unusual situation by claiming “I don’t know if we had a dream this big. We had a few dreams, we had a few fights… just like all brothers.” Jim also maintained their familial ties would not get in the way of the game, saying “We’ll try and stay out of that business. We’ll let the two teams duke it out as much as possible.” As the teams squared off on Thanksgiving, Harbaugh’s mother and father chose to cheer for whichever team was on offense at the time before John’s Baltimore Ravens took the title over Jim’s San Francisco 49ers, 34-31.

Sibling rivalries have extended to every crevice of the sports world, including highly permeating basketball. Brothers Pau and Marc Gasol currently play for the Chicago Bulls and Memphis Grizzlies, but both originated as successful players in Spain. Although Pau has more experience in the NBA and two championships to his name, Marc has proved himself as a star on his own. As part of the All-NBA First Team this past season, Marc has gained tremendous attention for his size and skill during his time in the league. Compared to the other siblings previously mentioned, this pair is not shy about their staunch rivalry. Older brother Pau claims “We’re both competitive. We don’t like losing. As much as we love to see the other one play well, in these particular match ups, we’re hoping the other one doesn’t have a good game and your team wins. Ultimately, that’s what we stand for.” The two were also the only two brothers to start in the NBA All-Star game during the same year. The Gasol’s competitive drive is what got them to the NBA in the first place, and it is also what will keep them engaged in a rivalry with the other brother.

While the Gasols are currently dominating the NBA, Horace and his identical twin brother Harvey were once the most famed family duo of the league. From childhood, to college, to the NBA, these brothers have made professional basketball a family affair. Both began their career at Hancock High School followed by Clemson University, although Harvey chose to transfer to a junior college then University of Oklahoma to gain more playing time. Horace was chosen as tenth pick overall in the 1987 NBA Draft before Harvey joined him a year later as 12th pick. Their playing styles differed greatly during their time in the NBA; Horace was seen as a powerful force to be reckoned with, while Harvey was a skilled but softer player. Horace certainly has a more accomplished career, but he claims “playing against [Harvey] never felt awkward. But we were definitely competitive.” The constant comparisons got old to Harvey, who believed “We have different styles. Horace is a great player in his own right. But I have my own identity.”

“I had a fast break and was on my way to dunk when he suddenly chased me down and fouled me harder than I’ve ever been fouled. Even the referee said, if he wasn’t your brother, I would’ve ejected him!”Horace Grant

Both brothers remember getting extra physical when they played each other, with one particular instance standing out to Horace. He remembers, “I had a fast break and was on my way to dunk when he suddenly chased me down and fouled me harder than I’ve ever been fouled. Even the referee said ‘If he wasn’t your brother, I would’ve ejected him!’” Despite some high intensity games, the twins remained close through the madness that came with 28 combined seasons in the NBA. And now, their legacy continues with Harvey’s four sons making a name for themselves in the game. Harvey’s oldest son Jerai played for Clemson before beginning his basketball career in Europe, while his younger brother Jerami attended Syracuse and now plays for the Philadelphia 76ers. Harvey’s third son Jerian was recently drafted to the New York Knicks after a stellar career with Duke, followed by his youngest son Jaelin who will begin playing college ball in the Fall. While Harvey can accurately boast his kids are keeping the Grant name alive in basketball, Horace will always be able to bring out all four of his Championship rings during Christmas dinner.