Horace has focused his passion for basketball on helping players develop their skills. He inspires young players to work hard to achieve goals in school, sports and life. Through his experiences as a player and an ambassador in the NBA, Horace has learned what it means to work hard and continue to make progress toward a dream. He wants to inspire young players to do the same. At his camps he shares stories about his seventeen seasons in the NBA, playing with teammates like Michael Jordan and Kobe Bryant, and what it was like to be coached by Phil Jackson. His hands-on approach to coaching makes his camps effective, inspiring and memorable. 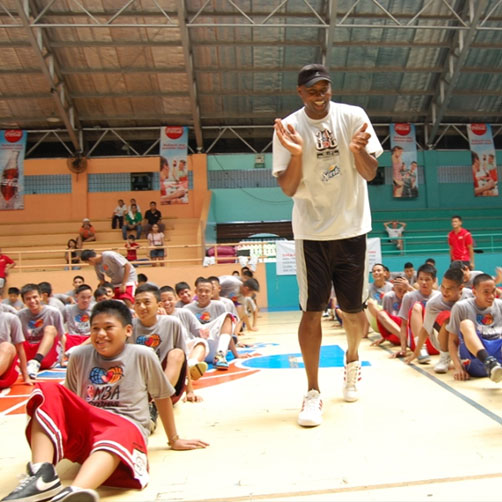 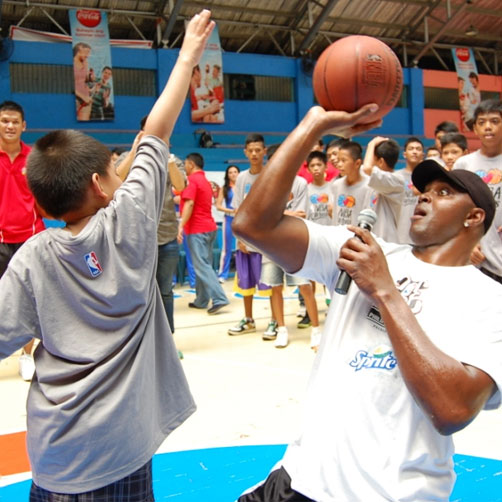 If you’re interested in getting one-on-one training from 4X NBA Champion Horace Grant, you’re in luck. Horace works with developing athletes to build their technical skills and enhance their understanding of the game. Horace has been trained by some of the top athletic trainers in the world and he loves passing on his knowledge to young players. If you’re near or would like to travel to San Luis Obispo on the Central Coast of California to work with Horace, please contact his team.

“Training with Horace taught me that there’s always a next level, and in order to get to it you have to be willing to put in the work.”Jerami Grant, Philadelphia 76ers

“Working out with Horace was a valuable experience… getting stronger and learning a different type of work ethic was great.”Jerian Grant, New York Knicks

Spend an afternoon with Horace Grant – 4X NBA Champion, NBA All-Star, ACC Legend and Player of the Year. Whether you’re an adult or a child, you will have an experience that you won’t forget! Children will receive personalized attention during a basketball lesson from Horace, followed by a pizza lunch and a question and answer session. For adults, Horace will host a basketball clinic, play two 3-on-3 games (one game on each team), and engage participants in conversation about his 17 years in the NBA over lunch, including inside information about the many legends he played with. Both groups will receive an autographed basketball and shoe, and have their photo taken with Horace. Don’t miss this opportunity to spend a day with a true champion! To learn more about scheduling a dream camp with Horace, please contact his team.

"Horace Grant is the most underrated player of all time."