Even after retiring, Horace’s career is far from over. Taking an active role in the present NBA, Horace was elected as a Goodwill Ambassador and works with NBA Cares to serve as a liaison between the league, fans and players all around the world. 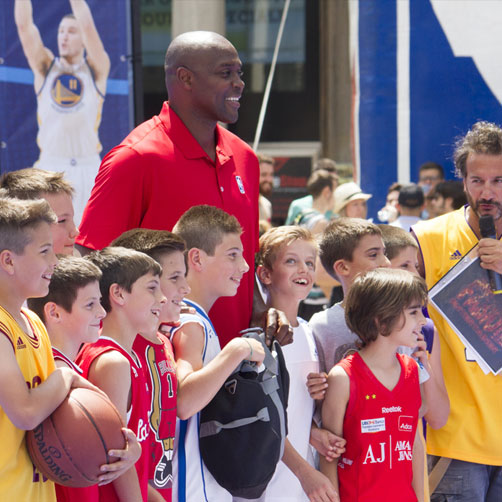 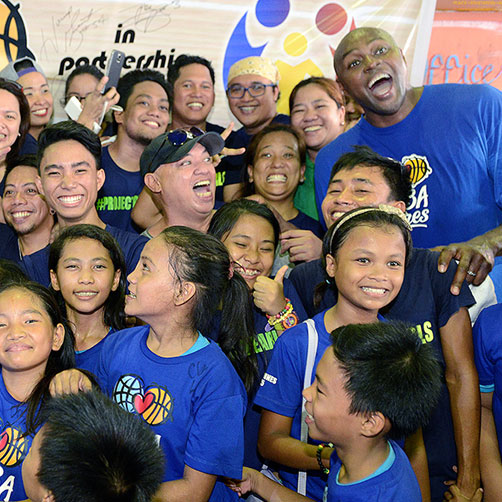 Despite moving to Arroyo Grande after retiring from the NBA, Horace hasn’t settled down. Horace became an NBA Goodwill Ambassador in 2010, and has become increasingly involved in the league on an international scale ever since. Grant along with fellow ambassadors, such as Dikembe Mutombo, has worked with NBA Cares, to bring basketball clinics and motivational events to over 25 countries; including Mozambique, Turkey, Spain, Qatar, Philippines, Russia, Brazil and China, although he claims his favorite was a recent trip was to Italy.

“Oh wow, Italy. Milan has got to be my favorite place abroad. We hosted a clinic outside of the Duomo di Milano in the Spring of 2015, and let me tell you, I have never seen anything like it. The architecture was incredible. The food was delicious. And the people are excited about their basketball.” The Milan 2015 Expo is just one of the many events the NBA hosts around the globe to help spread the message and mission of the league to its growing base of international fans.

“Still being able to work for the NBA is a dream. The league has given me so much, and it’s nice to give back a little bit to kids and fans all over the world.”

Another thrilling aspect of his busy travels is the ability to ignite passion for basketball among young people from every corner of the Earth. With over 100 international players on NBA teams in the US, foreign born players are making up a more significant portion of the NBA now more than ever. Horace believes there is an immense potential for talented young players to develop the skills needed to play on the same courts that he did in the United States. He claims, “I am very excited to watch young kids compete in this entertaining format. These players have a lot of passion and enthusiasm for the game, which is all you want to succeed.”

Looking to the Future

Just as ten-year old Horace would have told you, “to go back to the planet that you flew in from” if you predicted the future success of his NBA career, he would have been equally shocked if you told him at 30 years old that he would still be involved in the league when he was 50. Horace says, “Still being able to work for the NBA is a dream. The league has given me so much, and it’s nice to give back a little bit to kids and fans all over the world.”

Horace thoroughly enjoys experiences working with the NBA as an ambassador and looks forward to continuing his involvement. Grant has also turned his attention locally to the Central Coast, where he dedicates plenty of his time and resources to positively impacting the community. After living in Arroyo Grande for over a decade, Horace has truly made the small town his home and plans to further involve himself in whatever he can to continue impacting the youth. As someone who has always had a passion for children and initially wanted to become a teacher, combining both basketball and charity has become a dream come true – but the dream is far from over. Grant plans on expanding his role in the community as well as the NBA, while spending as much time as possible with his family.