Secretly scouted by the Clemson University Tigers, Horace Grant earned a name for himself as an ACC Player of the Year and as an ACC Legend before being being called the greatest Clemson basketball player of all time. Chosen as the tenth overall draft pick by the Chicago Bulls in 1987, Horace had no idea the following seventeen seasons would include 4 Championship rings, 4 different teams, 4 All-Defensive Second Team honors, one All-Star appearance and a lifetime of memories. 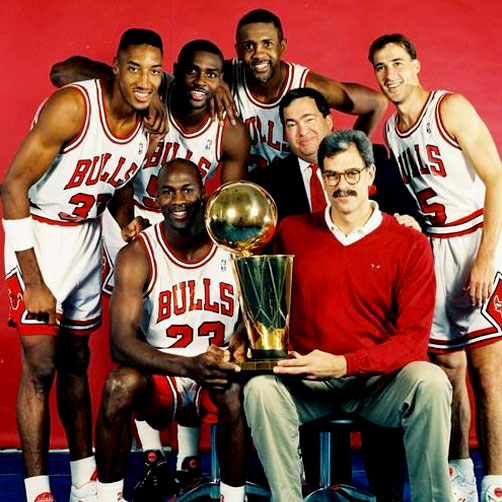 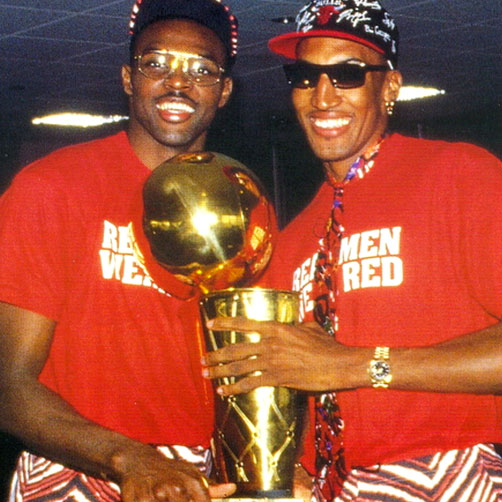 Horace and Harvey Grant seemed destined for success. Nearing the end of their junior year the twins were slated to attend Anderson College before Clemson University coach Bill Foster got a look at them. Foster had discovered two hidden gems, and promised them both full-ride scholarships should they keep their commitment a secret until signing day. With two Grants joining the Tigers, Foster was over the moon to see what the twins were capable of while wearing purple and orange.

The transition from the small, mostly African American, impoverished town in Georgia to significantly wealthier, and whiter, Clemson University in South Carolina was a stark change for Horace and Harvey. Of Clemson’s twelve thousand students at the time, less than 6% were Black, making it even more difficult to blend in than it usually was being nearly seven feet tall. The brothers were raised to treat everyone with respect regardless of skin color or appearance, a principle which reciprocated similar sentiment from their peers. Horace spent his first couple of years in college working relentlessly on the court, but also building a social status amongst the party scene and a legion of friends to go along with it.

“When you tell a 19 year old kid he could make millions playing a game that he loves… man, my ears perked up.”

Only during his sophomore year when head coach Cliff Ellis pulled Horace aside and encouraged him to focus on his future did he realize the extent of what his career in basketball could become. Grant remembers, “When you tell a 19 year old kid he could make millions playing a game that he loves… man, my ears perked up. Then you really start listening.” After understanding basketball could realistically become his career, Horace let go of his “whatever happens, happens” attitude and instead replaced it with a “nose to the grindstone” mentality. By doing so, he averaged a triple double during his senior year, was crowned ACC Player of the Year, and eventually earned the title of Greatest Clemson Basketball Player of All Time.

After four very successful seasons playing for Clemson, Horace was chosen tenth overall by the Chicago Bulls in the 1987 draft. He claims this was the greatest moment of his whole career, remembering “I got to bring my mom, my coach, and my high school principal all with me to New York, and none of them had been before. Hearing my name called on stage was probably the greatest sound I have ever heard.” Horace would be joining rising star Michael Jordan and fellow draft day acquisition Scottie Pippen in Chicago, and quickly found that he was prepared more for some aspects of NBA life than he was for others.

Life in the Fast Lane

Grant recalls, “My workouts at Clemson were harder than the ones with the Bulls my first year. I remember thinking Coach Ellis was the devil, all the running he made us do. But when I started in the league, I was thanking my lucky stars he had us do so much.” While he felt prepared physically for the task, he was not at all ready for the lifestyle change that came with becoming an NBA star. He remembers his mentor, Charles Oakley, encouraging Horace to accompany him to the bars to become more acquainted with the city and the people in it. There was always something to do after practice or a party to attend after games, but Horace learned quickly that basketball should always come first.

“I believe in everything in moderation. As a player you are a product. Your team is paying you to produce something. If partying or anything else gets in the way of producing what’s expected of you, you are not doing your job.”

“I believe in everything in moderation,” he says, “As a player you are a product. Your team is paying you to produce something. If partying or anything else gets in the way of producing what’s expected of you, you are not doing your job.” He reluctantly concedes many players fell prey to such temptation, but credits his firm upbringing and work ethic as the attributes that allowed him to remain on track.

Another difficult adjustment for Horace was falling under the reign of arguably the greatest player of all time: Michael Jordan. Jordan was undoubtedly the leader of the Chicago Bulls, and asserted his status with a firm hand and high expectations for team members. Grant claims that he began to appreciate Jordan’s role upon understanding the caliber of commitment he expected. He claims, “Michael was everything you hear about him and more. He made everyone around him a better player on the court and person in real life. He worked harder than anyone else I have ever known.”

After earning three championships with Phil Jackson, Michael Jordan, Scottie Pippen and the Bulls over seven seasons, Horace left Chicago for Orlando. Horace signed a new contract with the Orlando Magic and stayed with the team for five years during the Shaquille O’Neal and Penny Hardaway era which included one appearance in the NBA Finals. Throughout the next five years Horace played on the Seattle SuperSonics, won a Championship with the Los Angeles Lakers, returned to the Magic and once again to the Lakers before retiring in 2004, after seventeen successful seasons in the NBA.