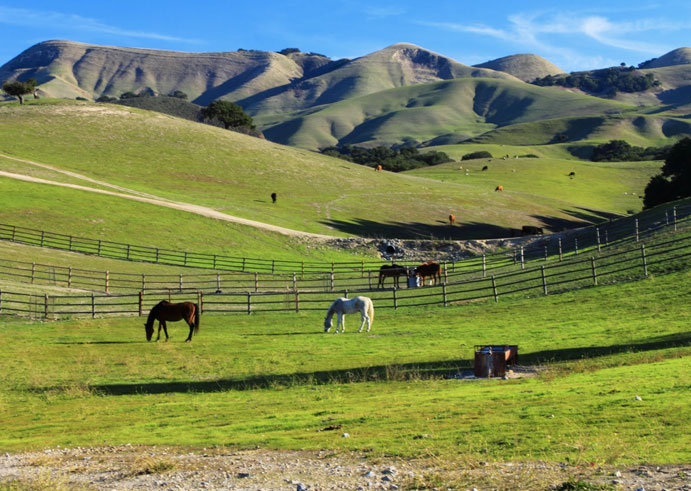 After playing in the NBA for 17 years, I have seen and lived in cities all over the country, and even traveled all over the world as an NBA Ambassador – but I have never seen anything like the Central Coast of California.

Even though I grew up in Sparta, a small town in Georgia, I always thought I would retire in a bigger city like Orlando, where I played for seven years. I was always busy there and loved the hustle and bustle when I was young. But when I met my wife Andrea almost fifteen years ago, that all changed. I knew she was the one, so whenever we could we would drive up from LA to visit her family in Santa Maria. The quiet, small town atmosphere was a welcome change from what I was getting used to back in LA during my time with the Lakers. I completely fell in love with the place.

One day I told Andrea I could see retiring here, and boy she held me to it. We moved here right after I left the league, and it was a big adjustment at first. We built our house on a big piece of land in Arroyo Grande, and I lived in it for about a year before I realized it really became my permanent home. After constantly moving between different teams and constantly traveling for games for almost two decades, it was a hard adjustment settling down in one place.

Now, when I open the door into my backyard, all I can see is stars and all I can hear is crickets.

With 5 acres of land, my family and I are never bored. We have ATVs the kids love to ride on, a full sized basketball court and a trampoline. I’ve raised German Shepherds to become guard dogs on the property, so there is plenty of room for animals to run around. Altogether, we have 12 chickens, three big dogs, two small dogs, four horses and one stray cat. It’s no big city, but we always find something to do. I also live within ten minutes of Pismo beach, where I love to bring my four kids.

My nephews Jerami and Jerian used make a special trip out to visit me every summer to work on basketball skills before they joined the NBA. Both brothers love coming to the West Coast to focus on basketball, get away from all their distractions at home, and enjoy lounging on the beach when I give them a break from their hard work. Now that both of them are in the NBA, Jerami with the Sixers and Jerian with the Knicks, I can rest easy knowing I did my job as Uncle. Although they still better come visit when they want a week off!