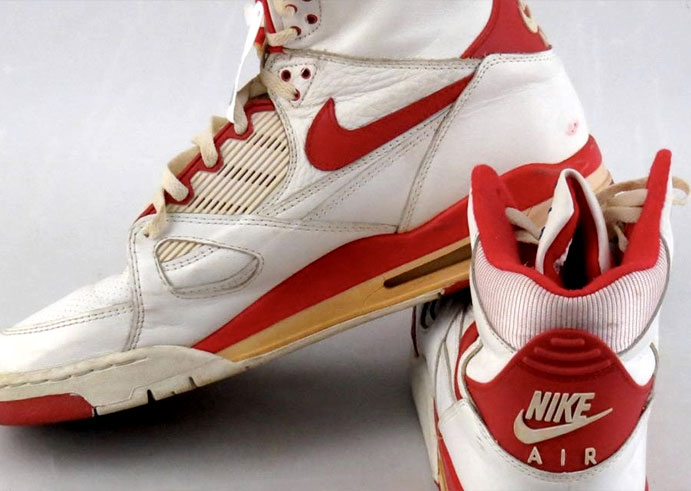 Countless professional athletes have been known to practice outlandish rituals before and during games to maintain luck, but Horace Grant maintains he is not one of them. He claims, “I never had any superstitions. I have things I like to do, but I don’t believe in all that.” Despite denying being superstitious, Grant did execute some rituals to stay on his game.

Grant wore a new pair of shoes for every game that he played (that’s 1,165 pairs!), and always retied them right when the warm up clock had one minute and thirty seconds remaining. LeBron James also has an affinity for pre game rituals- he claps his hands and throws chalk in the air right before tip off. While these actions may be iconic, they are a far cry from the more elaborate actions of other professional athletes.

“I never had any superstitions. I have things I like to do, but I don’t believe in all that.”Horace Grant

For example, sixteen year NBA veteran Jason Terry sleeps in the opposing team’s shorts the night before every game, even going as far as to bribe locker room attendants to get his fix. Terry claims the shorts must be authentic, and previously worn by a member of the opposition. Even Horace’s past teammate Shaquille O’Neal developed a strange good luck regime that began after one of his toenails fell off. Shaq painted the skin on his toe with black nail hardener, then proceeded to score a career-high 41 points. He described his choice to continue the practice as a no-brainer: “Paint my toenails, score 40 points.” Dwyane Wade has since started getting pedicures as well, only to be mocked by LeBron.

In addition to pre game antics, many athletes have developed means to turn around their performance should their game be subpar. Horace says, “If I’m not playing well by half I’ll take a quick shower, change into a new uniform and shoes, go out there and press restart.” While Horace’s approach is entirely reasonable, Major League Baseball player Jason Giambi has a slightly more drastic way to change his luck. If Giambi is playing badly, he will change into a gold thong under his uniform. Although strange, he maintains it is immensely successful, claiming “It’s only when guys need a hit. So it’s always around. It’s never not gotten a hit… swear to God.”

Unknowingly, Jordan’s transition from the shorter style of the time to a longer length pair spurred the change in trend throughout the NBA that persists today.

Giambi isn’t the only one who would sport strange clothing items to get ahead. Horace’s long time teammate, Michael Jordan, led the North Carolina State Tar Heels to a NCAA Championship win in 1982 and came to believe the shorts he wore during the game were lucky. He proceeded to wear the same pair of Tar Heels shorts under his Bulls or Wizards uniform for the entirety of his 19 years in the NBA. Unknowingly, Jordan’s transition from the shorter style of the time to a longer length pair spurred a massive trend throughout the NBA that persists today.

Whether Kobe Bryant is sucking the sweat from his jersey when his mouth gets dry, Charles Oakley is bouncing the ball 12 times before every free throw, or UFC fighter Lyoto Machida is drinking his own urine every morning (yes, you read that correctly), it seems as though nearly all professional athletes have a strange quirk or two about them. Despite acknowledging this fact, Horace maintains his intricacies “are not superstitions.”