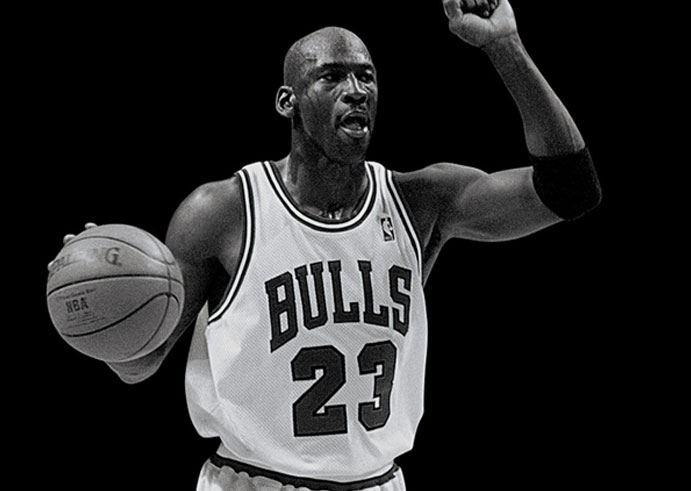 Professional athletes have grown to be nearly synonymous with their jersey numbers and proudly boast them as more than simply a means of identification. Horace Grant donned the number 54 since the beginning of his career at the age of 10, and continued to sport the digits throughout high school, college, and 17 seasons in the NBA- becoming synonymous with his incredible career as a basketball player.

Jersey numbers throughout a variety of sports are of the utmost importance to athletes, many of whom develop a near obsession with their moniker. Undoubtedly the greatest example of this phenomenon in basketball history follows Horace’s teammate on the Chicago Bulls, Michael Jordan, and his iconic association with the number 23. More than just two digits, Jordan’s 23 became his brand – despite initially seeking out a different number. Michael Jordan and his older brother Larry initially shared the same favorite number, 45. His brother was given seniority in high school when choosing jersey numbers and snatched MJ’s first pick before he could. On why he then chose 23, Jordan claims “[Larry] had the option to wear 45, so I just kinda figured 23 was half of 45 – 22 and a half. And 23 has just kinda stuck with me the whole time.” Because of his incredible prowess as a world class athlete, Jordan’s second choice number would soon be chosen by worldwide soccer star David Beckham in honor of Jordan.

Individual numbers allow for a greater connection between players and fans, and when a superb athlete retires, their number goes with them.

Another unforgettable number in sports history follows an unfortunate series of events – this time surrounding hockey star Wayne Gretzky. “The Great One” initially sought to don the number 9 to honor his hockey hero Gordie Howe, although the number was already taken by teammate Brian Gualazzi. Instead of dividing his ideal number in half, he chose to double its digits, decideding on 99. A number unheard of in any other sport quickly became associated with the greatest hockey player of all time – who still maintains every single offensive record in the NHL by a wide margin even 16 years after retirement. Due to the immense impact Gretzky had on the game, number 99 has been retired from the NHL.

While some athletes establish themselves as greats amongst their field to earn their number’s fame, others actually share a name with their number. Chad Johnson, 14 year veteran of the NFL, identified with his number 85, so much that he legally changed his last name to Ocho Cinco – or 8-5 in Spanish. He lived as Chad Ocho Cinco for four years before changing his name back to Johnson to spare his wife from adopting the strange alias. Similarly, hockey player Jordin Tootoo chose the number 22 to match his given surname.

Other easily recognizable sports names in history include 42, associated with the first African American MLB player Jackie Robinson, and 32, which is shared by the greatest running back in football history Jim Brown and world renowned basketball legend Magic Johnson. Despite the various ways athletes find their numbers, they undoubtedly maintain a valuable relationship between themselves and their jerseys.