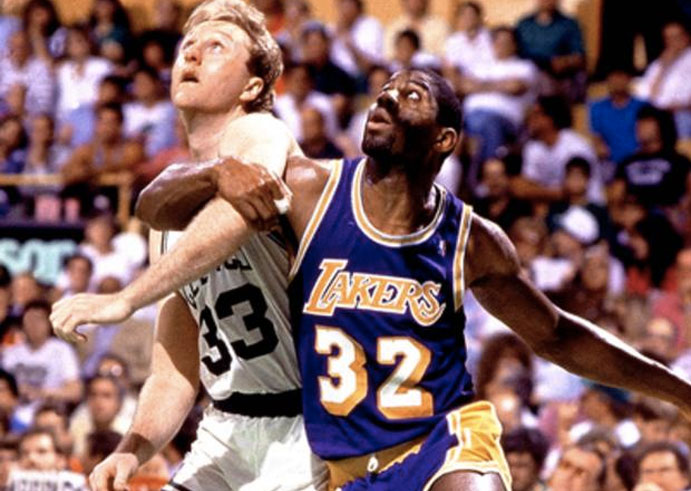 National sports harbor an unparalleled viewership and following that draws interest from all over the world, including many fans who form obsessions with teams they choose to devote their attention to. Whether dedication to a team follows vicinity or individual players, part of what makes professional sports so fascinating is the tension between competitors and warring cities.

Basketball rivalries have existed as long as the game itself, beginning most notably with Wilt Chamberlain’s Lakers battling Bill Russell’s Celtics in 1959. Decades later, rivalries still deeply permeate the game of basketball- and Horace Grant participated in two of the most noteworthy of all time. During Grant’s time in Chicago from 1987 to 1994, during which they won three consecutive NBA Championships, the Bulls created lasting tension between both the Detroit Pistons and New York Knicks that still shakes the foundation of both teams to this day.

Due to actions both on and off the court, The Bulls-Pistons rivalry will be remembered throughout the NBA for decades to come as one of the most dominating and physically engaging.

The strain between the Bulls and Pistons, both Central Division Eastern Conference competitors, began in 1988 and remained noteworthy until 1991. During the first year Horace began as a starting power forward, the “Bad Boys” of Detroit took the Bulls to just five games in the Eastern Conference semifinals, the beginning of a three year winning streak against Chicago.

In 1989, spearheaded by players Isiah Thomas, Bill Laimbeer and head coach Chuck Daly, the Pistons targeted returning league MVP Michael Jordan with aptly named “Jordan rules”. Aimed entirely at double-teaming MJ, “Jordan rules” severely limited his ability to perform to the caliber that would have allowed the Bulls to push to seven games. As Coach Daly described, the goal was “any time he went by you, you had to nail him. If he was coming off a screen, nail him.” Struggling to recover from such a physically dominating defense, the Bulls lost in six games during conference finals.

Chicago returned in 1990 with an increased vigor to win, this time with a keen understanding of new coach Phil Jackson’s Triangle offense. Still, the Bulls but did not do quite enough to stifle the Bad Boys, who combated the Bulls’ efforts with thuggish defense and unstoppable aggression. The Pistons beat the Bulls in conference finals and went on to win their second consecutive Championship.

Back with a vengeance in 1991, the Bulls pooled their efforts with a renewed focus on teamwork and emerged with the best record in the Eastern Conference. The Bulls immediately swept the Pistons in four games during the 1991 Eastern Conference Finals, and began a reign of greatness that trumped that of the Pistons by earning three back to back titles.

Due to the immense animosity between players and cities, all but two of Detroit’s starters walked off the court with 7 seconds remaining during the last game of the series. Consistent with their image as the “bad boys” of the NBA, only two Pistons shook hands with Chicago players that night, a pompous show of unsportsmanlike conduct. Outside of regulation season, Isiah Thomas slighted MJ during the All Star game, prompting Jordan and Scottie Pippen to jointly demand Thomas be left off of the 1992 Olympic “Dream Team”. Due to actions both on and off the court, The Bulls-Pistons rivalry will be remembered throughout the NBA for decades to come as one of the most dominating and physically engaging.

After a rough start, the Bulls bounced back from falling 2-0 in the series by taking the next four games- becoming the first team in history to recover from such a disadvantage.

Another bitter rivalry between East Coast teams arose between Grant’s Chicago Bulls and the New York Knicks, lead by Patrick Ewing, Doc Rivers, and Charles Oakley. The Bulls began as a powerhouse compared to New York, where a four game sweep in 1990 landed Chicago with a spot in the Playoffs and three game sweep in 1991 inched them closer to securing the first of three consecutive Championships. In 1992 New York took the Bulls to Game 7, before ultimately losing the Eastern Conference Semifinals. The next year the two teams came to blows once again, this time in the Eastern Conference Finals. After a rough start, the Bulls bounced back from falling 2-0 in the series by taking the next four games- becoming the first team in history to recover from such a disadvantage. In 1993 the third Championship of the Bull’s three-peats was completed, adding a third ring to Horace Grant’s collection, and furthering the Knicks’ losing record against the unstoppable Champions.

Only in 1994 did the Knicks’ bad luck reverse, when they defeated the Bulls in seven games during the Eastern Conference Semifinals. Ultimately New York lost to the Phoenix Suns in the Championship, but successfully ended the incredible winning streak of the Bulls. It is widely accepted that part of the intense rivalry stemmed from Michael Jordan and John Stark’s physicality. Despite Jordan retiring before the Knick’s upset their bad luck, the Bulls vs. Knicks rivalry is still considered the most controversial of the decade.

Rivalries such as between the Bulls, Knicks and Pistons maintain the competitive nature that basketball was founded upon, and gives fans something extra to look forward to a few times every season. For an increasingly competitive NBA game this coming season, check out the Warriors v. Clippers or the Mavericks v. Rockets.